Can my AI cook for me?

In this series, we examine how AI has been “creating” novel things
spoiler alert – it’s getting really good…

Welcome to my multi-part series on AI as a creator. In this series we aim to look at whether today’s artificial intelligence is capable of devising new works of arts.

We realize that Art is completely in the eye of the beholder, so what may be considered art to some is different than others. Our definition of art will be loose and we will use it to mean the following:

"Art is often considered the process or product of deliberately arranging elements in a way that appeals to the senses or emotions. It encompasses a diverse range of human activities, creations and ways of expression, including music, literature, film, sculpture, paintings, and also such things as math, physics, biology, chemistry and general inventions. "

In today’s part of the series we are examining:

Will my AI cook for me? 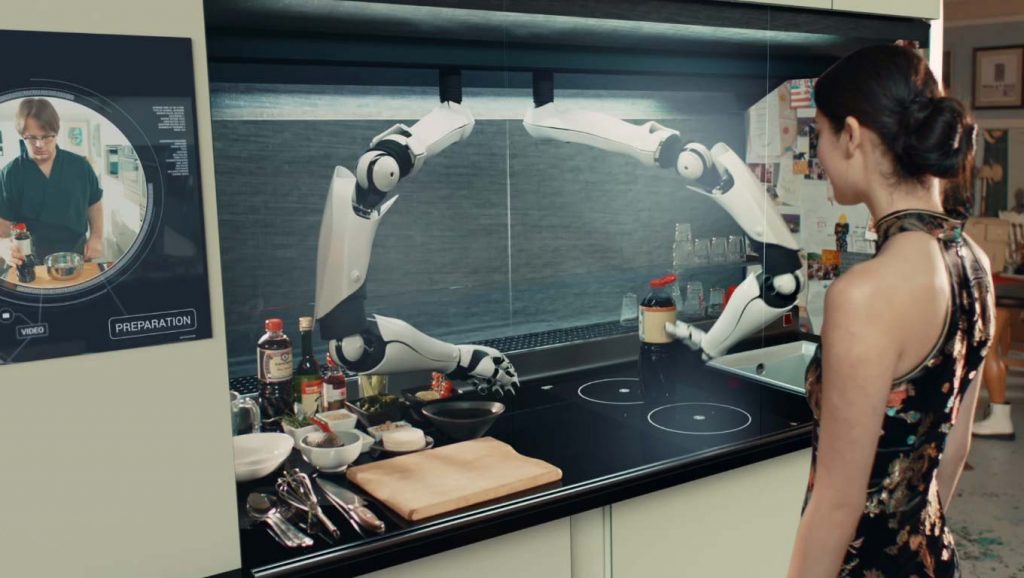 Creativity may be the ultimate moonshot for artificial intelligence. Already AI has helped write pop ballads, mimicked the styles of great painters and informed creative decisions in filmmaking. Experts wonder, however, how far AI can or should go in the creative process.

When we recently spoke to AI experts and thought leaders, their opinions varied as to whether AI has the potential to become a true creative partner or even the creator of solo works of art. While this debate will likely continue for some time, it’s clear that as digital content and delivery platforms continue infiltrating all forms of media and expression, the role of AI will undoubtedly expand.

Examples of these amazing applications are becoming more numerous, ranging from generating still images, to videos (i.e. deepfakes), or even generating videos from still images. The good news is, now you can see the Mona Lisa nodding and laughing.

We’re in the age of machine evolution. Have you ever looked at a cubist or an avant-garde painting and said to yourself, this better be created by machines? The sharp lines, the hazy features—all characteristics of these artifacts. We humans of the postmodern era are more inclined towards abstraction. So why not let machines take the lead—they love abstraction!

So the above is RPA (robotic process automation) moreso than strict AI. This is still measured, algorithmic as opposed to learned behaviour, but is it even possible to get a good meal from AI? Let’s find out what’s been done recently…

Screw AI that makes fake humans look real, learns every language on earth, and predicts crimes–AI will only really arrive when it is capable of generating an entire foodie porn Instagram channel by itself, by reading recipes that tell it how to make food in the real world.
Until now, text-to-image artificial intelligence produced synthetic images by looking at visually descriptive phrases like “this pink and yellow flower has a beautiful yellow center with many stamens” or, “a small bird with black eye, black head, and dark bill.” Microsoft has such technology that is so good, it could theoretically replace Google Images’ results with photorealistic fakes. 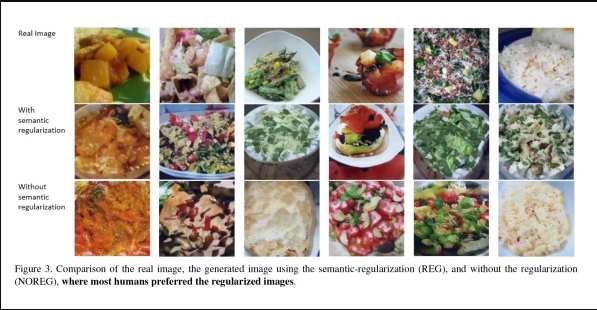 An Important Development In AI

But the new AI algorithms developed by computer scientists Ori Bar El, Ori Licht, and Netanel Yosephian at Tel Aviv University don’t require you to visually describe anything: It can generate fake photos of food from text recipes that list the ingredients and the method of preparation but don’t contain any visual description of how the final plate looks. The AI wasn’t allowed to read the title of the recipe to generate the image, as it may be descriptive enough on its own. It exclusively used the ingredients and the instructions.

This is an important test for the power of AI, as the paper published on Cornell University’s Arxiv.org site suggests. It shows a capacity for abstraction that we’ve assumed computers don’t have.

The method relies on Stacked Generative Adversarial Networks (GANs). The first AI in this network analyzes a recipe, from ingredients to finishing touches, by converting text to numeric vectors. The scientists call this process “text embedding,” and it’s designed to understand what’s on the page by semantic mapping to other pieces of content.

The second is a GAN that analyzes those vectors and compares them to other descriptions of more than 50,000 photos of food in the real world. After that learning process, the AI generates synthetic photos from new recipes. Granted, it does a better job at soups, rices, and enchiladas than other subjects like Sunday roasts or burgers, as the latter have more precisely articulated shapes. But the scientists explain this is only because they used low-resolution photos with poor illumination for the training. 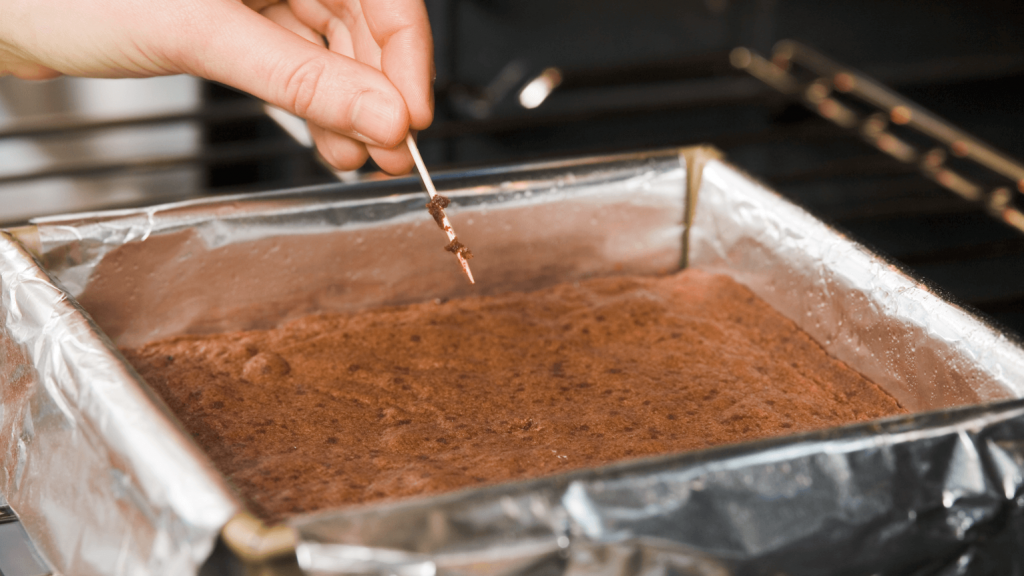 Pictured above is an abomination in the making, a lesson in why humans should never trust what a neural net says just because it’s based on math. It’s a neural net generated brownie recipe called Chocolate Baked and Serves, and its distinguishing feature is the CUP OF HORSERADISH it contains. It was so bad that my eyes watered as I removed it from the oven.

Creating a functional recipe requires an intimate understanding of ingredients and their interactions with one another, of heat and spice and time. Today’s neural networks have none of that.

I’ve seen neural net recipes that call for crushed sherry or 21 pounds of cabbage. One of my personal favorites is a recipe called “Small Sandwiches” that called for dozens of fussily chopped, minced, and diced ingredients – before chucking them in the food processor for 3 hours. Part of the problem has been neural nets with memory so terrible that halfway through the recipe they forget they’re making cake.

More recent neural nets like GPT-2, given better long-term memory and extensive training on a huge portion of the internet, can make recipes that are more likely to pass for the real thing. Use talktotransformer.com to prompt GPT-2 with “Black Forest Cake. Ingredients:” and the quantities and ingredients will be reasonable, even if the whole thing doesn’t quite work (generating a few examples in a row, I saw some Black Forest recipes that called for kneading the batter, and one that suggested pouring the batter into a toaster).

It’s seen enough cake that it can lean heavily on human-written recipes. If I prompt it with weirder recipe names – say, recipe names generated by a neural net – things get even stranger. 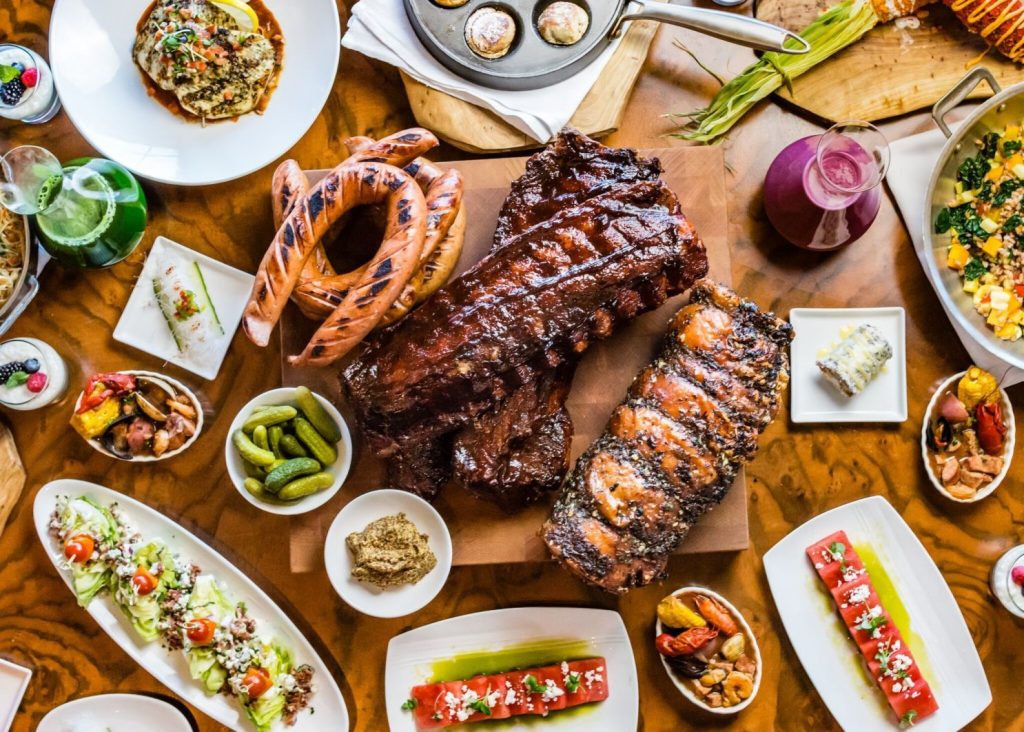 Let’s test it with a recipe title: “Completely Meat Circle”

You can also toast your own bacon at home: Wishing to pay homage to the original KFC’s recipe, we had one of the new wraps try to land on the BACON HOLE.

NOTE: the neural net doesn’t specify what to do with all that meat, and perhaps it’s better this way. Nor, again mercifully, does it explain what it means by BACON HOLE. 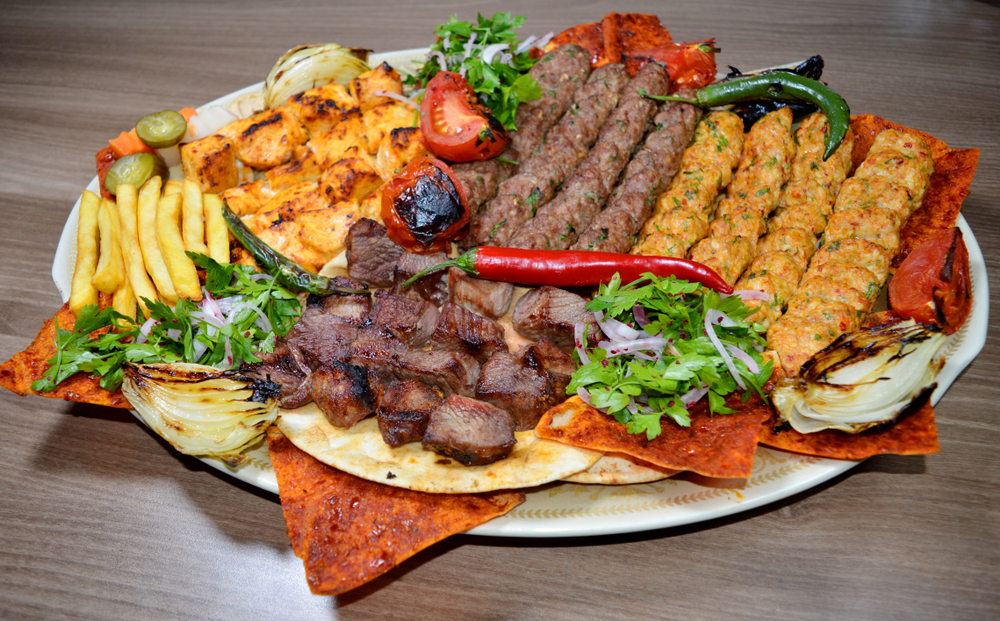 One can only hope the meat platter looks like the above when complete.  Unfortunately, based on the recipe, you can see that food is not the best use of neural networks today. That is not to say that, given enough recipes and especially recipes we really like, it would do better.  This was after all a very quick attempt at a neural net to create recipes, so much deeper neural networks trained on better data are likely to do much better.

So what do you do when all signs point to having to go to University to gain any sort of advantage? Unfortunately it’s the current state of affairs that most employers will not hire you unless you have a degree for even junior or starting jobs. Once you have that degree, coming to my Modular Lab Program, with 1000ml with our Patent Pending training system, the only such system in the world; is the only way to gain the practical knowledge and experience that will jump start your career.